November was a good reminder of the gifts of homeschool, though it really didn’t feel like it at the time. We were hit with illness after illness in November and struggled to maintain our usual rhythm. I had to remind myself that it was a gift that we were home. Because we are home we are able to take it easy, catch up later, or learn in a different way than we usually do. That is to say, we watched a lot of British Baking Show this month.

For three weeks in November my nine-year-old was doing a block on Native American shelters. The shelters block is a uniquely Waldorf thing. It examines Native American cultures using the structures they built and lived in as a lens to explore their culture. My kiddo really enjoyed it. We focused on one region per week – the Eastern Woodlands, the Arctic and the Pacific Northwest (where we live!). 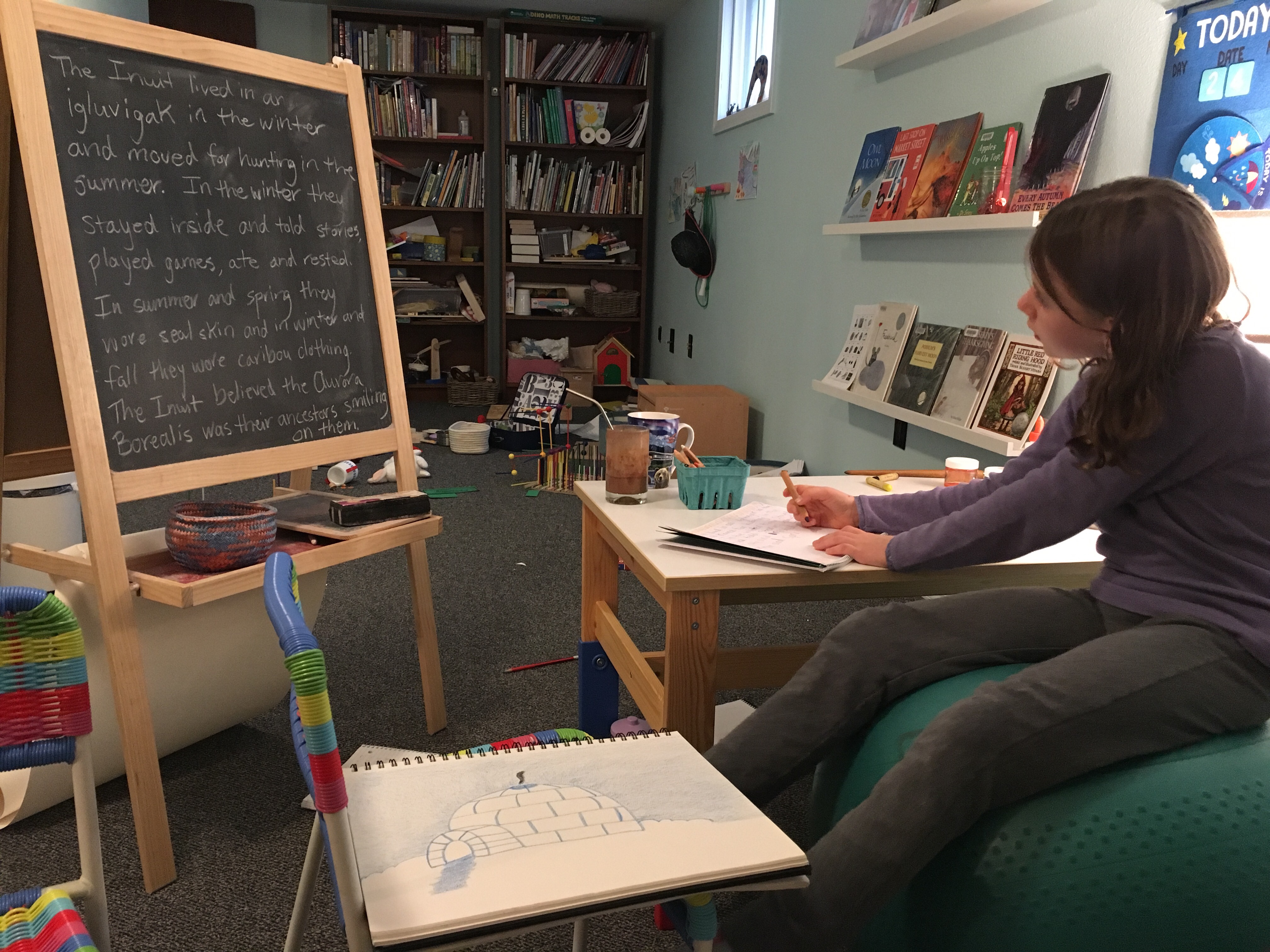 We really enjoyed the Bonnie Shemmie books for this block. In order, we read Houses of Bark, Houses of Bone, Skin and Snow and Houses of Wood. I bought them all used. They were awesome resources. Unfortunately, our curriculum didn’t have any instructions for actually building the shelters and each attempt we made was a total bust. Planning these types of hands-on projects is just not a strong suit of mine, and we abandoned the idea of building our own shelters. 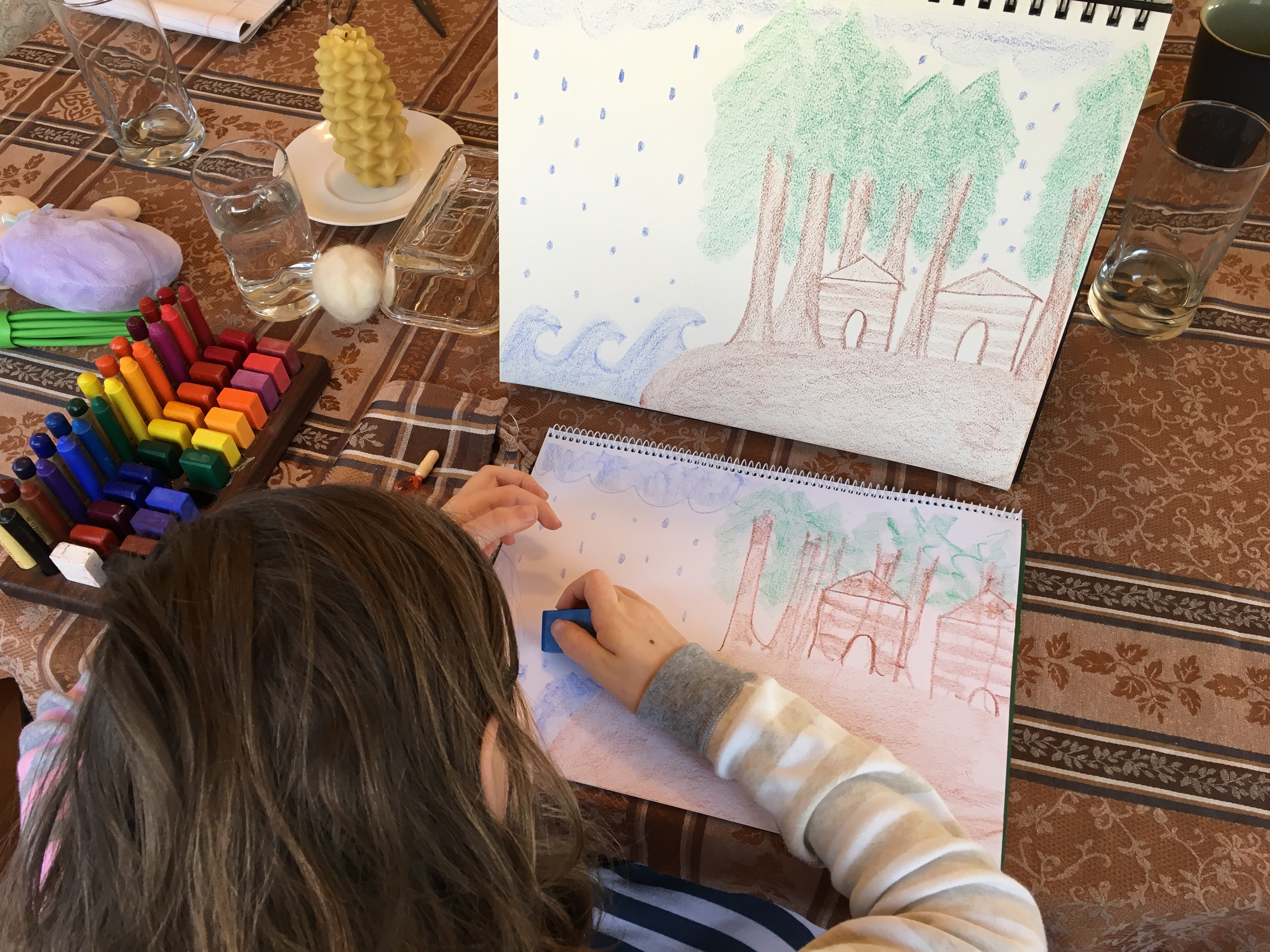 After the shelters block we moved on to a block on Creation Stories and Cursive. We are slowly learning all the letters in cursive over the course of two weeks. I really appreciated that the order the letters were introduced was very thoughtful, and based more on their similarities, rather than alphabetical order. For example, we covered h, m and n in one day and e, t, i and l on another day. This approach is working really well for my kid. 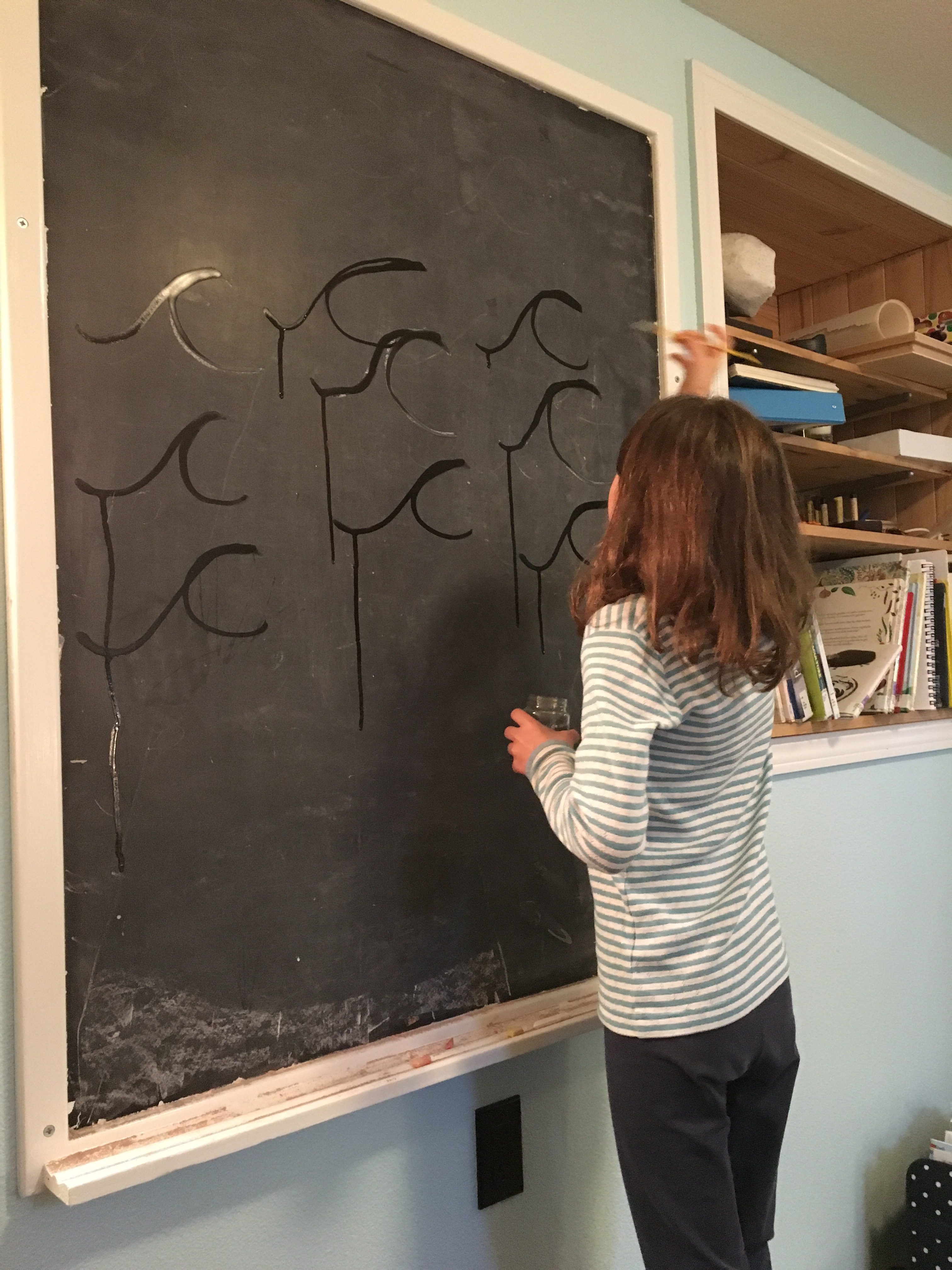 For this Creation Stories and Cursive block we are reading creation stories from different cultures, using the book In the Beginning: Creation Stories from Around the World by Virginia Hamilton. Honestly? These stories haven’t really spoken to either of us. This is one of the challenges of using a curriculum. It’s not all going to perfectly speak to your unique child. But I also am sometimes surprised at something resonating with my children that I wouldn’t have thought would, so you never know.

My five-year-old is continuing to really love his lessons from The Good and the Beautiful’s Pre-K book. He is learning his letters and I can see that starting to translate to his recognition of letters out in the real world. We did some sweet Waldorf kindergarten stories this month, including The Star Money the week after Thanksgiving. 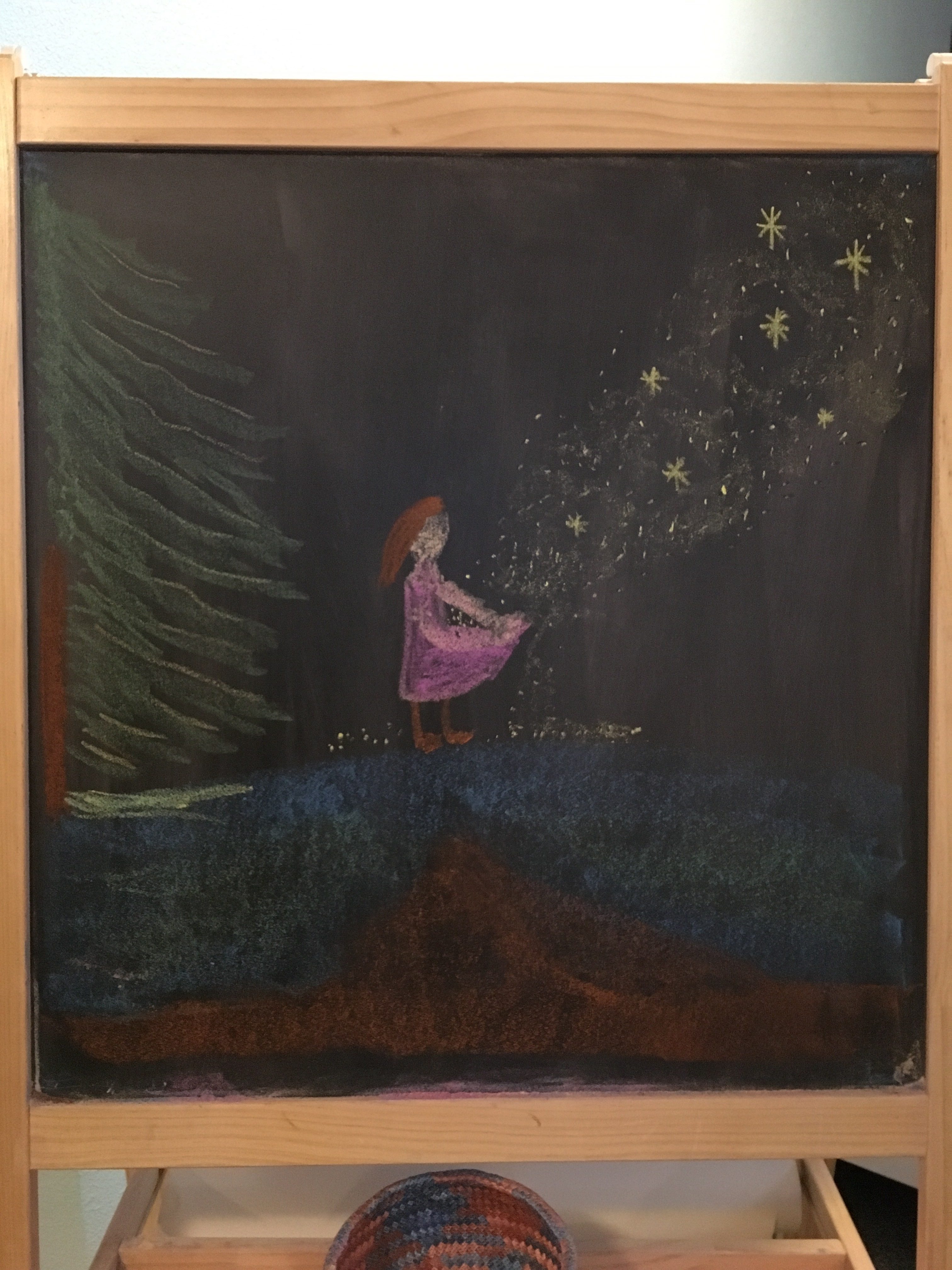 He is continuing to grow so much in this season. Last week he had his first soccer class, which was his first experience doing anything out of the house without his big sister with him. And as I type he’s having his first friend over for a playdate. It’s a bittersweet time as he grows more and more into himself. 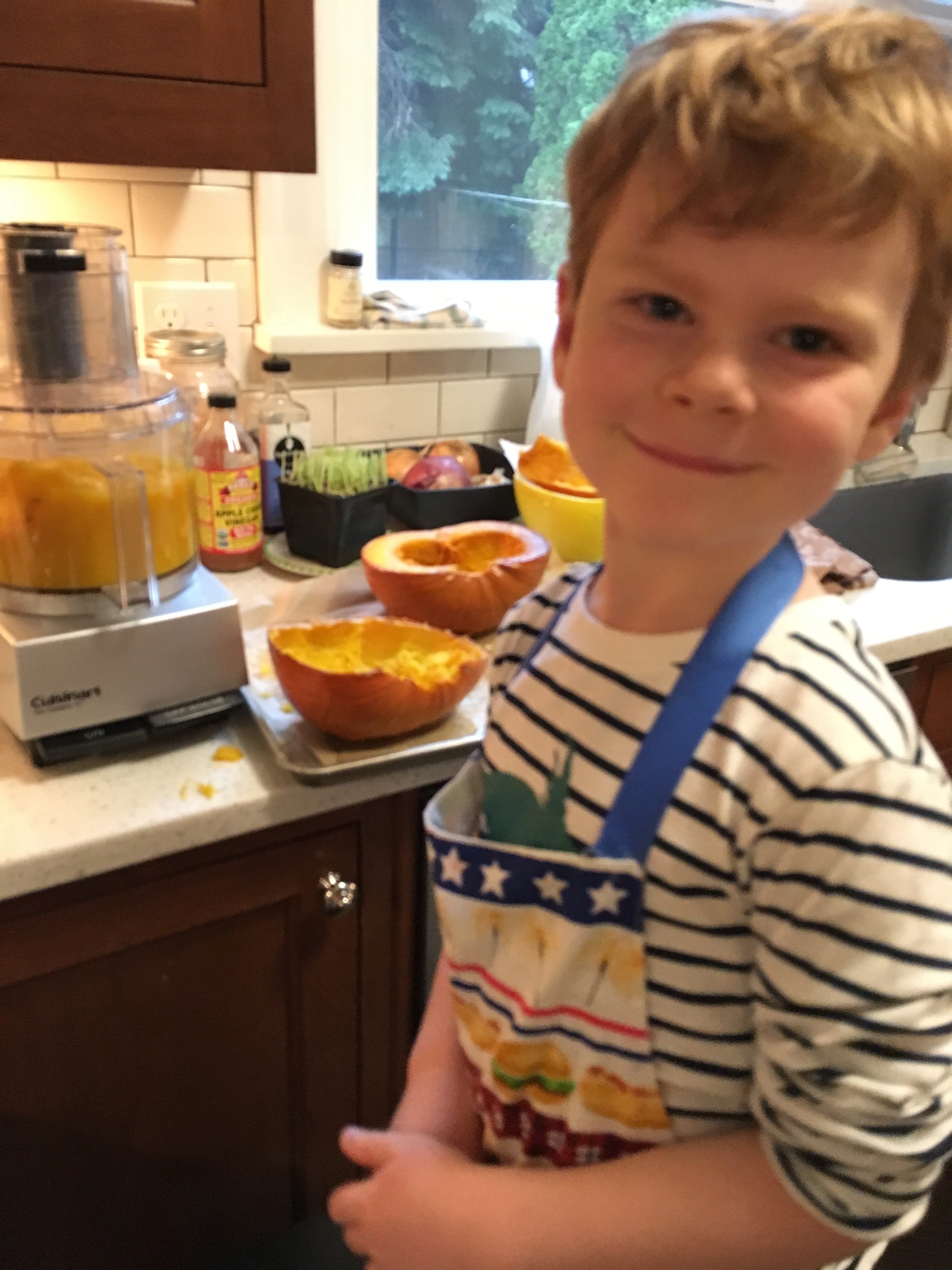 I got a pretty sad piece of news this month … I learned that our wonderful babysitter who has been spending three mornings a week with our toddler as I homeschool my big kids has been hired away by a preschool. Having help has been truly amazing for our family and I’m really wrecked at the thought of living without her. I’m struggling with whether I should find someone new or perhaps explore whether our toddler could better fit into our homeschool time now that she’s a bit older. As an introvert, it is taxing for me to get to know a new person and have them in my home. I had just gotten used to having our babysitter around! So I’m not sure about starting all over again. I plan to not worry about it over the holidays and re-assess in January.

One of the best things we did in November was early in the month, before the illness onslaught began. Since my third grader is focusing on farming this year, I thought it would be fun to go out and visit our friends’ bee farm. We read some really great books about bees leading up to the visit. Our very favorite was Bees: A Honeyed History and we also liked Honey in a Hive. I love reading books in advance of a real-life experience. This is how I approach traveling with our kids. We read in advance, then I let the experience speak for itself. The two layers of learning are so complimentary to each other. At the farm our friends explained how hives work, how queens are made, how they make money as a business (both selling honey and renting out their hives to farmers) and then at the end of our visit we got to see our friend’s dad’s work on his encaustic paintings. Encaustic painting is done with colored beeswax and is a super ancient artform. Fascinating! The whole experience was so great and such a model for how I would like our homeschool to look like more and more as my younger kids get older and we can do more learning all together. 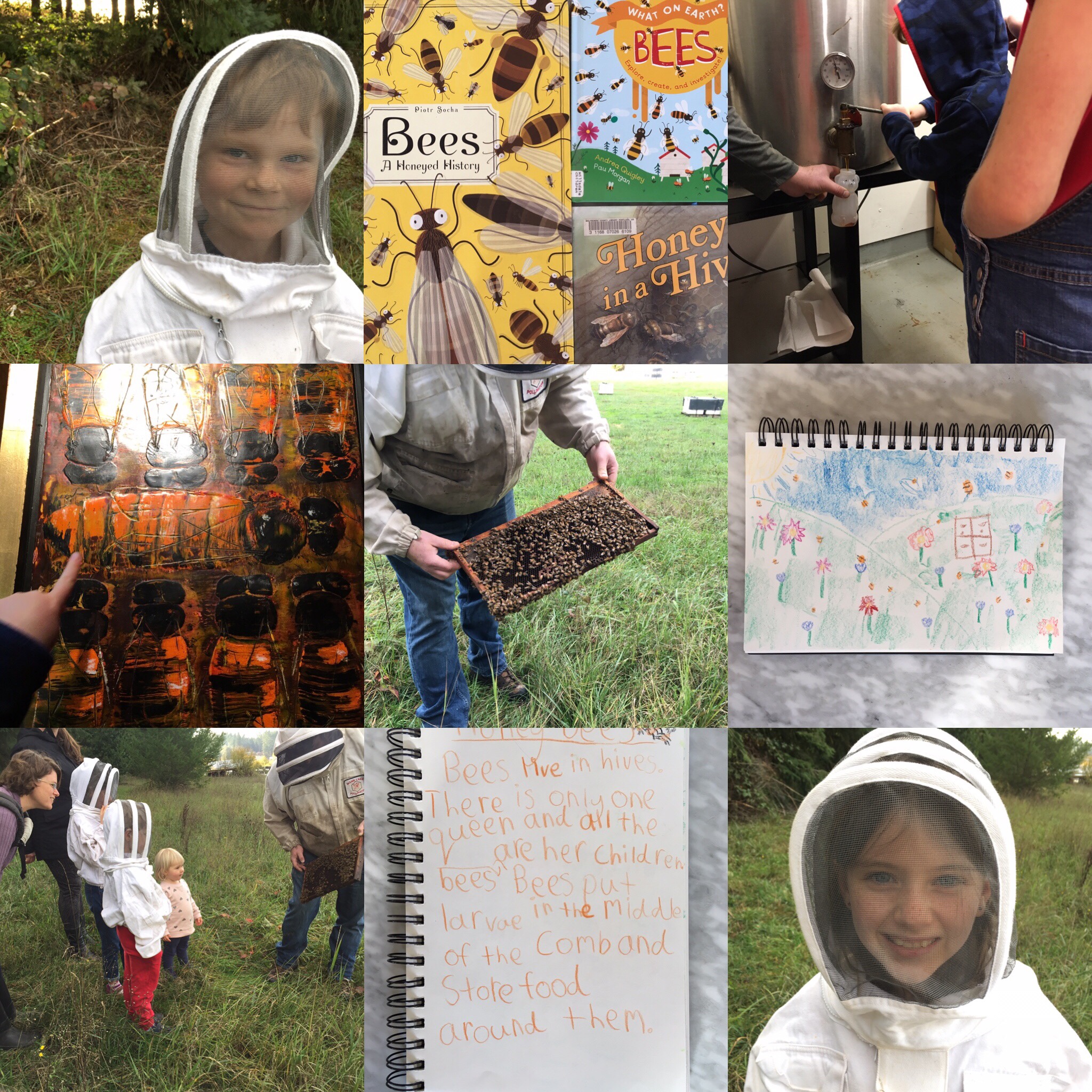 In November my husband and I traveled to Santa Barbara without kids! He needed to go to a two-day conference and I tagged along for some sunshine. It was our first time leaving our kids for more than 24 hours since our two-year-old was born and it was supposed to be a fun and exciting trip. Our wedding anniversary is in November … we got married on Thanksgiving weekend 16 years ago … and while this trip wasn’t timed directly with our anniversary it was meant to be a bit of a celebration. 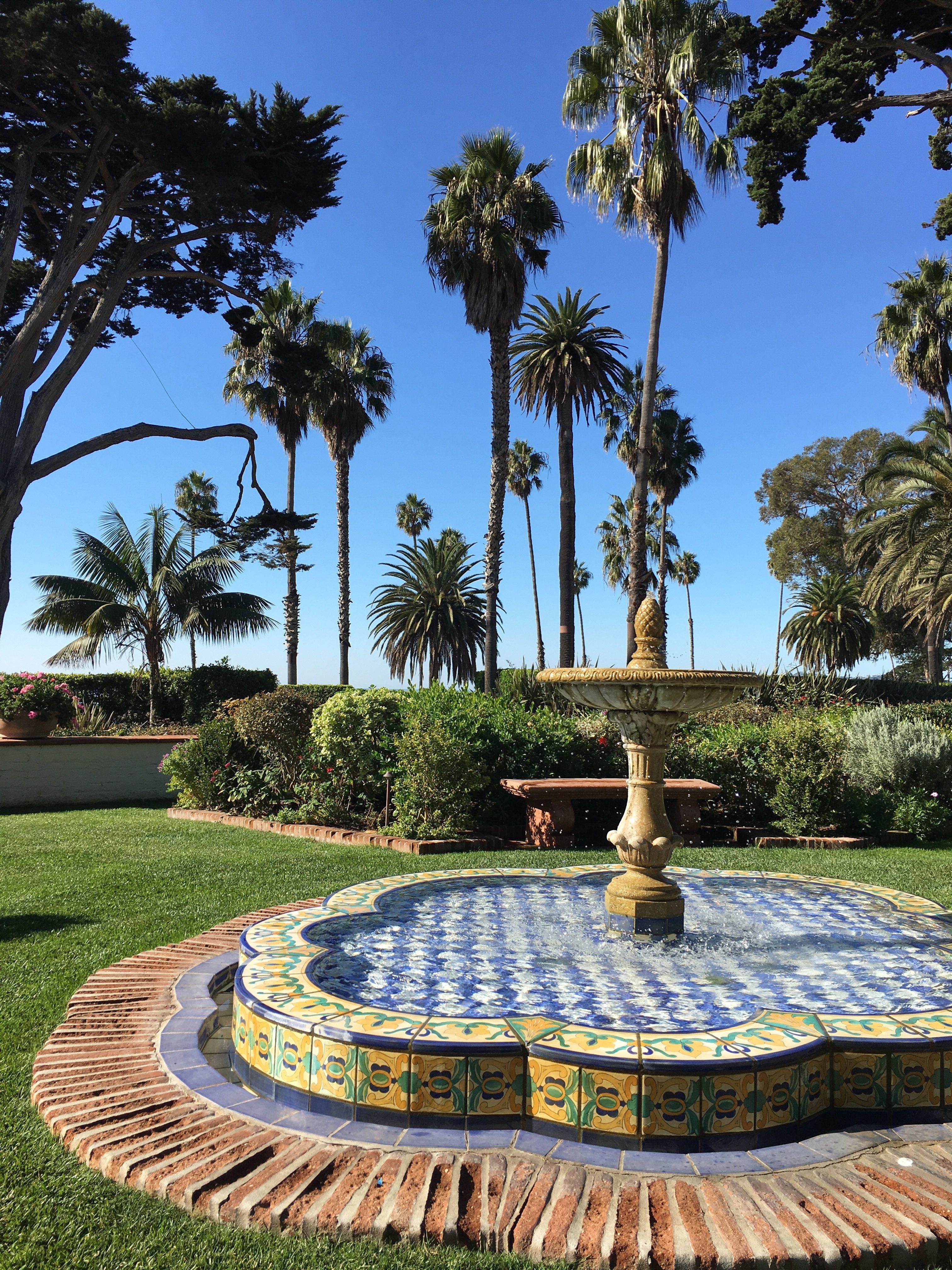 Instead … my nine-year-old got  super sick the morning we were to leave. She had a high fever and was extremely lethargic. We went anyway, and literally as we were driving to the airport my mom was taking her to the doctor for a strep test (it turned out it wasn’t strep throat … we never did figure out what it was). The trip ended up being super stressful for me as I really struggled to relax while my girl was home with a fever. It’s probably the sickest she’s ever been and I wasn’t there. It was tough. The mom guilt was off the charts. My nine-year-old had a lot of really challenging heath stuff in the first three years of her life and her health is probably always going to be a big stress trigger for me.

I did manage to have some fun though, especially having two nice dinners out with my husband and a nice bike ride I got to go on along the coast in Santa Barbara. And now I’m never leaving my kids again.

In November I was …

Reading … Where the Crawdads Sing (amazing!) 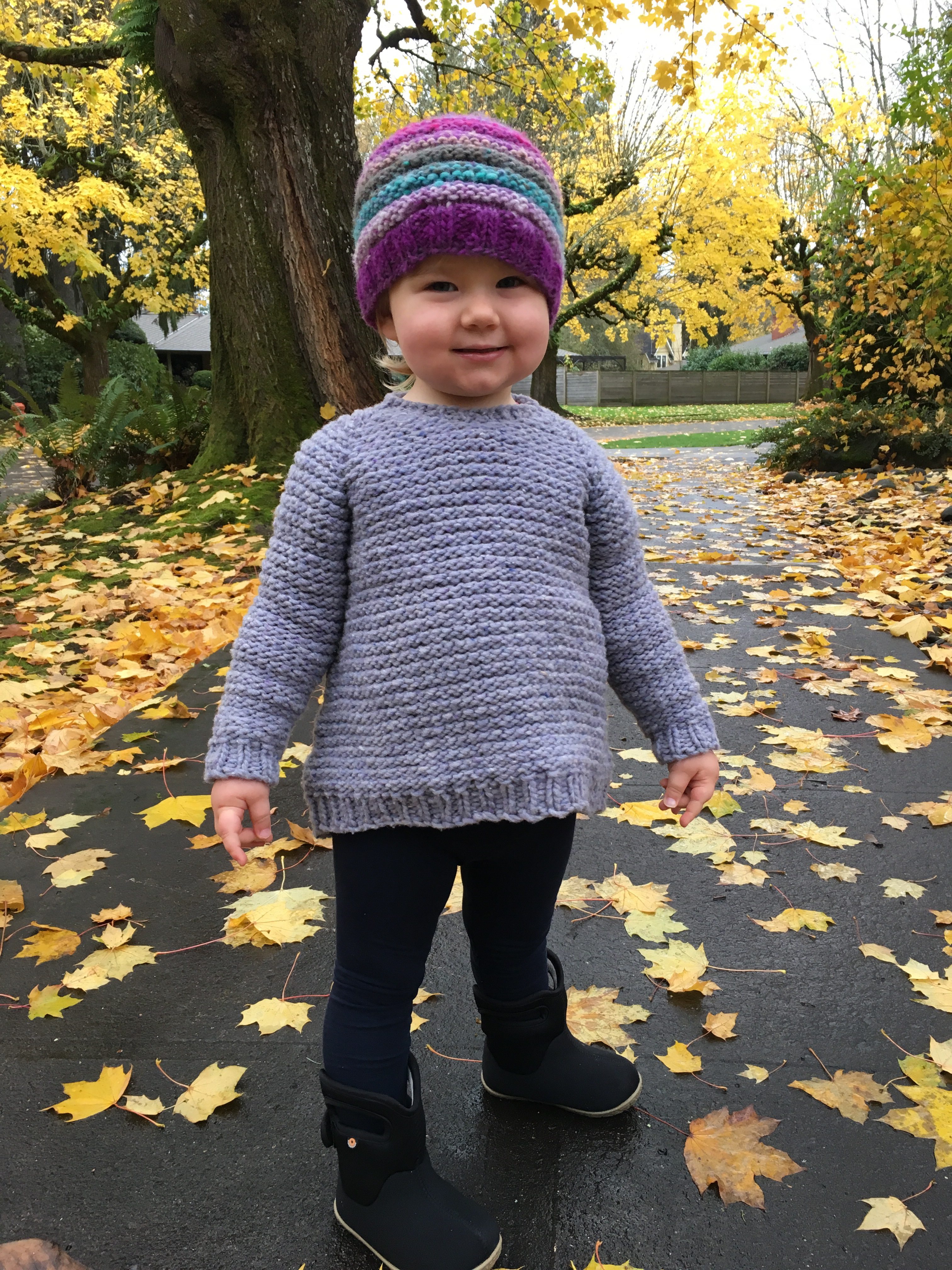 As we move into December we are slowing our homeschool down significantly. We will be wrapping up our Creation and Cursive block and then really just focusing on enjoying Advent. My nine-year-old will be in Oregon Ballet Theater’s Nutcracker for the first time and it’s a massive commitment, so much of our December will revolve around ballet. And there we are again … appreciating the gifts of learning at home and the ebbs and flows it allows for. I hope you all have a beautiful, peaceful holiday season. 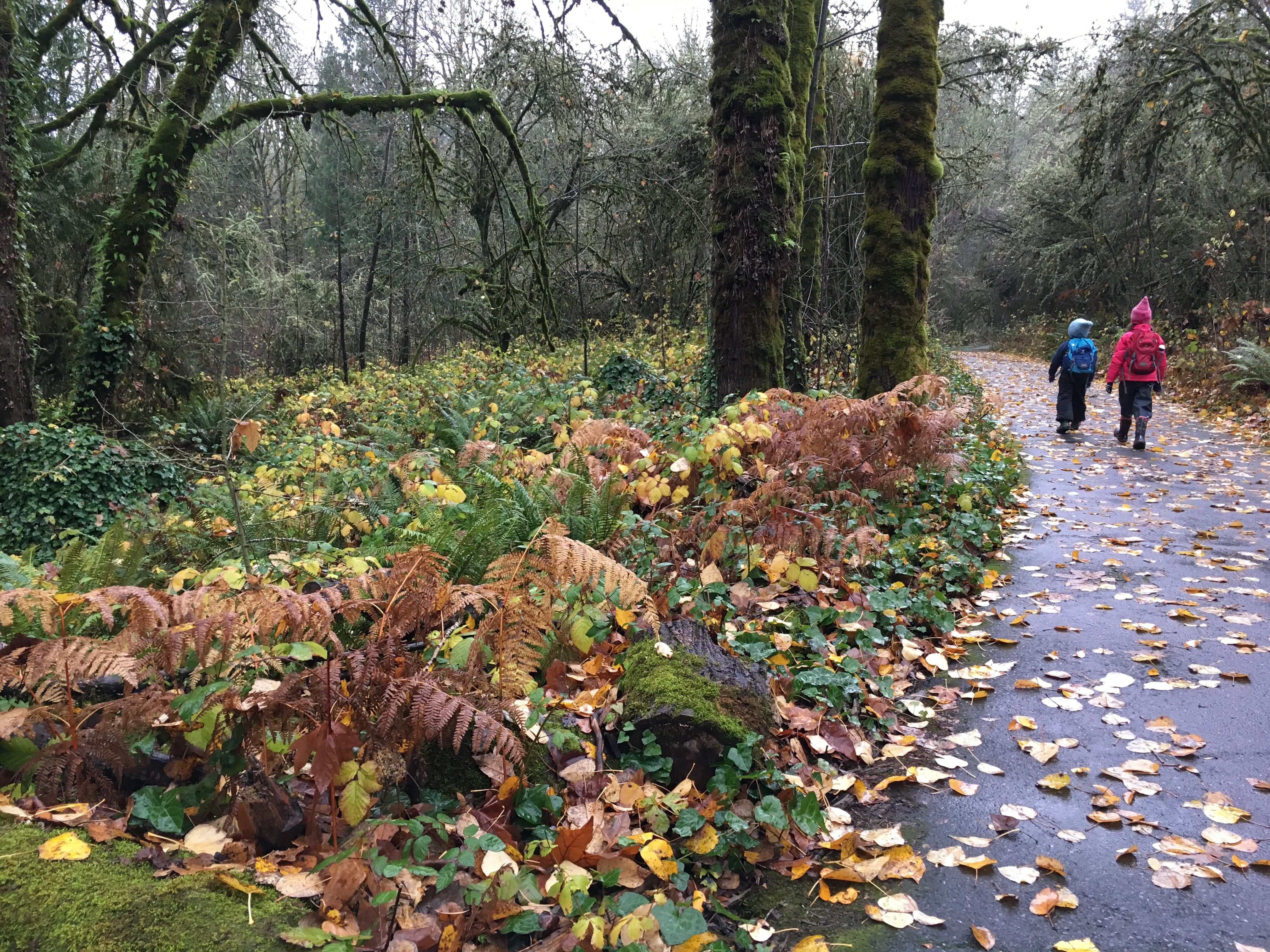