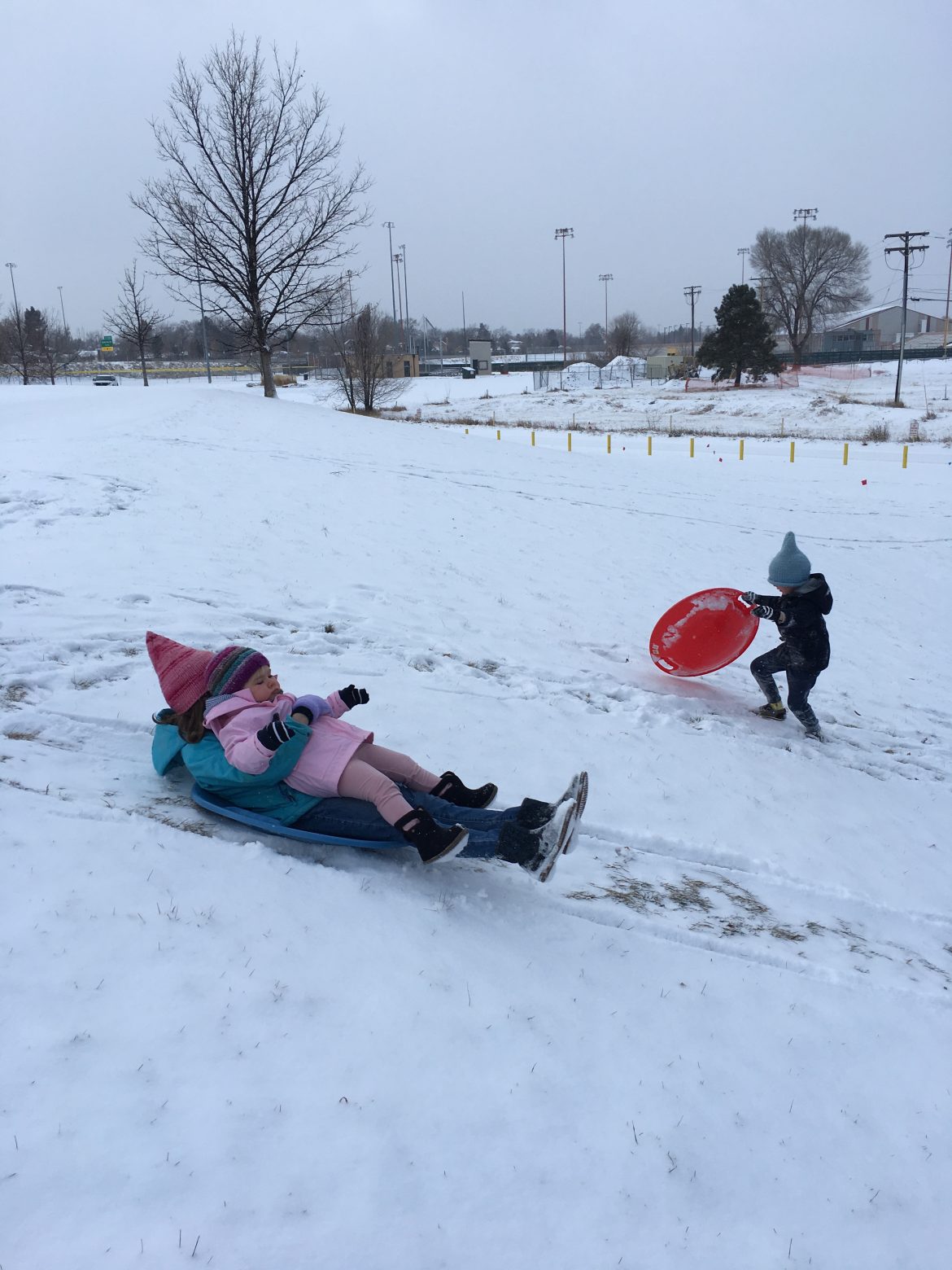 Our homeschool in December was dominated by one thing: The Nutcracker.

It is (I now know…) a tremendous commitment for a young child to participate in a professional ballet production. My nine-year-old was in Oregon Ballet Theater’s Alice in Wonderland back in February, so the Nutcracker was her second show, but this time around there were more shows and the whole production was of course layered over a busy holiday season. What a gift it was, really, for the Nutcracker to not be competing with a school schedule. On nights when she was at the theater until 10 or 11 pm, we had the luxury of letting her sleep in the next morning and not have to scramble and get her to school.

We did do some academics in December! My third grader wrapped up her Creation Stories and Cursive block (we are using Lavender’s Blue Homeschool’s curriculum for third grade). She learned all of her cursive letters in lower case, and will learn upper case in January.

My third grader’s out-of-the-house classes wrapped up for Christmas break and we laid out what she created in those and admired her accomplishments.

I like to wrap up lessons as early in Advent as possible to leave room for precious December traditions like reading Christmas books on the couch, making gingerbread cookies for Santa and making ornaments.

My kindergartner is still loving using The Good and the Beautiful’s Pre-K guide, which is gradually introducing him to all of the letters. Not Waldorf! But he loves it and he is catching on quite well. This takes probably 10 minutes a day for us, but helps him feel like he got to “do school” like his big sister.

We marked Winter Solstice with a candlelight bedtime, which is such a lovely tradition.

December was a real challenge for me as a mama and homeschooler because I felt that our life was hyper-focused on our nine-year-old and my five-year-old and two-year-old were just along for the ride much of the time. That’s been one of the biggest challenges for me in homeschooling, and the Nutcracker exacerbated it. But we managed to make some special things happen for our five-year-old, including starting his first ever class that he goes to on his own. He is doing soccer and he just loves it so much. The other unexpected benefit of the Nutcracker is that we had a lot of time this month with just the small children at home, and it allowed for a different pace and different vibe in the home. Sometime I really miss that early childhood phase of parenting and it’s lovely to revisit it when my big kid is off doing her thing.

There wasn’t much mother culture going on this month. Unless you count Christmas shopping …? I don’t think it counts.

But in December I was …

Listening to … allllll the Christmas music

Reading … The Empath’s Survival Guide (oh, man, such a good read for us sensitive types during the holidays)

Eating … um … everything? December is a time of indulgence and some of our favorite treats are these gingerbread cookies and the fudge in Danielle Walker’s Celebrations cookbook. My husband makes a killer dairy-free clam chowder on Christmas Eve that’s one of my favorite meals of the year.

We had a beautiful Christmas celebration here in Portland and hosted my parents and brother on Christmas Eve. And if Santa forgot to bring somebody something they wanted, nobody mentioned it. Phew!

Overall I left December feeling full, both of food and of gratitude. I felt really proud of my nine-year-old and her drive and commitment to her pursuit of ballet. I also felt really ready for a break from being responsible for all the things (thought that never actually happens). We took a quiet, restful Christmas break and had a great visit with my husband’s family in Denver and even got some snow!

I moved into January excited to re-assess our commitments and priorities and chart the course for the remainder of the year.

November in our homeschool