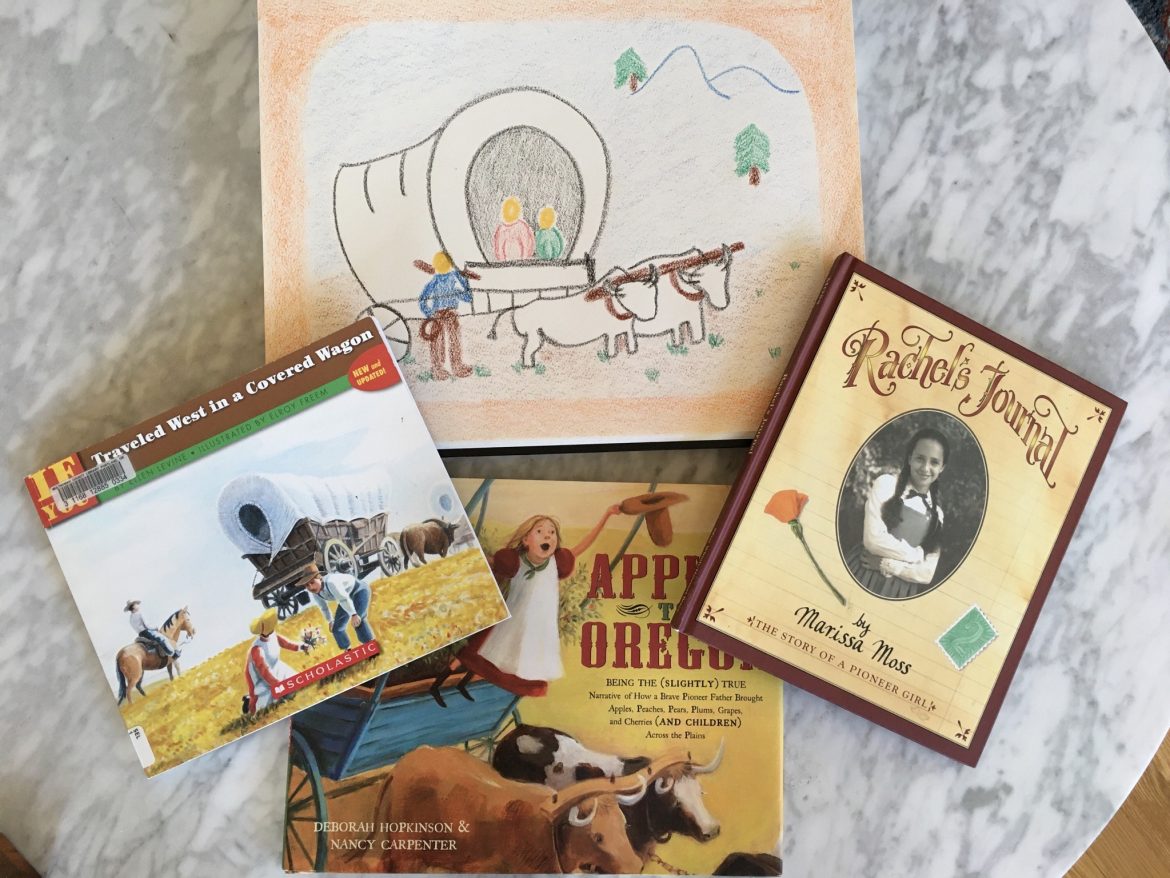 Well we are halfway through October as I’m getting to writing this, but that sounds about right for what a massive commitment it takes to get a homeschool year up and running. My children run a bit wild in the summer and we are also on the go a lot, so pulling ourselves back into the rhythms and routines of the school year has taken a lot of willpower.

In September we kicked off our year with a block on local geography for my fourth grader. We actually kicked it off in the last week of August with a road trip of our state, Oregon. I was thinking I may write a separate post about that trip; it was just fabulous. We have, of course, seen much of our state already but on this trip we attempted to focus on points of interest that were geographically or geologically compelling and we also saw Crater Lake National Park for the first time!

I followed the Waldorf concept of starting quite small from a geography standpoint and slowly expanding out. We started by drawing maps of her bedroom, home, neighborhood and city. We discussed the various regions of Oregon and she drew a map representing those.

I asked her to select one region or place in Oregon to write a report about and she chose Crater Lake. We did research together and she took notes in under categories like “geographic features,” “history” and “tourism.” She then wrote a rough draft, we spell checked it, and she wrote a final draft and did a drawing. This project was a massive undertaking and took way more time than I anticipated! It was a challenge, for sure. But, ultimately, I think she was very proud of what she created.

From there we moved on to studying the Lewis and Clark expedition, which really captured her imagination. We read some wonderful books on the subject … again, I think I may write a separate post about that with a book list.

We then moved on to studying the Oregon Trail, which was also super fascinating for her! And I actually learned a ton right alongside her. We read lots of books and did some fun activities. I incorporated a bit of math by introducing the recommendations for how much of key supplies would be needed for a family embarking on the Oregon Trail, and then asked her to make her own decisions about what she would pack. We had to add and add and add over and over again until we got it under the recommended 2,400 pounds. Hard choices!

One of my favorite things about this block was how much we were able to incorporate field trips. I LOVE getting out in the world and learning alongside my kids. We visited the Experience Oregon exhibit at the Oregon Historical Society (free for Multnomah County residents!), the Columbia Gorge Interpretive Center in Stevenson, WA, Philip Foster Farm, which is a historic home and farm that served as the end of the Oregon Trail for some, and the Museum of the Oregon Territory in Oregon City.

I should say that this block covered A LOT and ended up spilling into October by a week or two. I saw that coming – it is such a rich subject and I expect we will continue to explore it even though the block is technically over. Actually, just today – a week into our math block – my fourth grader participated in a virtual visit to the National Historic Oregon Trail Interpretive Center on nepris.com and then asked to begin watching Ken Burns’ documentary Lewis & Clark after dinner. So there is a lot of excitement here about these topics, which is just so thrilling for me to see.

And … I also have a 6-year-old doing his second year of kindergarten! 🙂 He has been along for the ride for much of what his big sister has been learning and I’m working hard on letting go of the Waldorf idea that certain subjects only be brought to children at certain ages. He’s mildly interested in the topic, but mostly just wants to be involved in whatever his sister is doing. He was heavily invested in making sure the toy category didn’t get cut from packing our Oregon Trail wagon! We speculated about how much his Lego collection weighs.

I am continuing to use an eclectic mix of homeschool resources for his last kindergarten year, including Lavender’s Blue Homeschool, Whole Family Rhythms seasonal guides (did you know they are free now!?), seasonal songs and verses from a variety of sources as well as The Good and the Beautiful for language arts and – new this year – the Wild Math Curriculum for math. I feel like we’ve found a good balance of offering him some academics so he feels like he’s one of the gang, but also lots and lots of free time to explore his own ideas and play with his 3-year-old sister.

This is also his first year participating in soccer, which kicked off in September. It has been an absolutely wonderful experience and it’s been a joy to watch him light up during a practice or a game. I am pretty conservative on letting my kids participate in organized activities at a young age and so far my two older kids have chosen an activity at age six. My oldest chose ballet and is still very into it! It will be fun to see how soccer unfolds for my second child.

September was the month for getting back into the rhythm of having weekly commitments, like ballet, soccer and Forest Fridays, and not having every week look completely different as is often the case in the summer for us. We are working on implementing a new chore chart and meal plan and so far those have been helpful.

Now that we are over the hump of getting into the grove, our homeschool feels like it is humming along quite productively. I’m excited for what the year ahead holds for us!

Here’s what we were up to last September.